Chickpeas in a different way: Falafel

Chickpeas? Does it make you funny?! Probably not, but definitely full. But since the peas in their standard form are rather boring in the long run, we have thought of something special: The falafel!

What exactly is that?

Even if you can't tell at first glance, falafels are made of fried beans - or more commonly, chickpeas. Both the beans and the chickpeas are first soaked overnight during processing, then pureed and refined with herbs and spices such as onion, leek, coriander, parsley and garlic. The mixture is then formed into small balls or mini meatballs and fried. By deep-frying them, they get their dark skin on the outside, while they remain soft and light inside.

If you like, you can also try around in addition to the spices and ingredients already mentioned. There are some special variations: white beans and chard, pumpkin, pistachio (then rather a sweet variation). Cauliflower or simply the chili variation of the original. Where did that come from?

The falafel has come a long way. Unfortunately, she has not kept a travel diary, but she claims stiffly and firmly that she comes from Egypt. But there the falafel is called Ta'amia.

The falafel is basically found in every kitchen in the Near East and North Africa. Sometimes it is offered as a fasting alternative, as it can be prepared vegetarian. Since the 80s falafel can also be enjoyed in Germany. Here especially as an alternative to the doner meat in a Kebap or Dürüm.

Now I want to eat that too!

But the question that arises here is how and where?

Especially because falafel can be eaten as a small snack or with a main course, there are many possibilities. Whether simply as a ball with a tasty curd cheese, or in a sandwich. As an alternative to meat in Döner or Dürüm, as a side dish to a salad. On a falafel plate or in a wrap. Or even as a burger patty... There are actually no limits for falafel lovers. 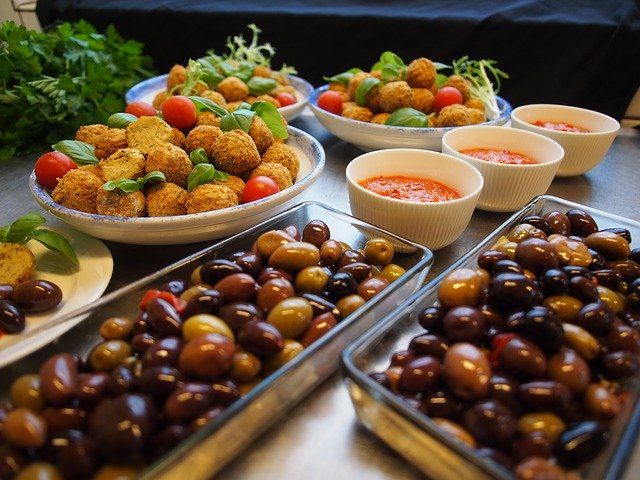 Due to the chickpeas as the main component of the falafel, each ball is super rich in nutrients. If you eat a portion of it, you have already covered almost three quarters of your daily requirement of folic acid. Also, over 50 % of copper and 50 % of necessary roughage. In addition to these three important components, chickpeas also provide iron and zinc - both of which are also very important. Chickpeas also provide amino acids in combination with whole grain products.

If you're looking for a protein-rich diet, you can also try these balls - it's generally known that beans and peas are good there, but at 13 grams per 100 grams, the chickpea is already tops!

Fun fact: Taking chickpea products over a period of 20 weeks leads to improved cholesterol levels and is good for blood sugar regulation. Similarly, the consumption of chickpeas reduces the risk of cardiovascular disease in the long term.

What else can the chickpea do?

Besides falafels, the chickpea is also known for hummus. This is a creamy mixture of chickpeas, sesame, olive oil, lemon juice and spices. You can prepare it in the classic way or add some spice.
Your experience on this site will be improved by allowing cookies.